So if a quarter (probabbly more) of eating disorder sufferers are males, why are they so invisible? Why is it so hard for us to associate males with this illness, and why do so few males seek help?

As I have already stressed, the official figure of 11% just doesn’t come close to the number of men who do suffer from an eating disorder. That’s a fact. It also doesn’t reveal the fact that the number of males receiving treatment for eating disorders has increased by 66% since 2010. You could argue that this figure shows that the taboo surrounding male eating disorders is decreasing, and that could be partly true. But more importantly, it shows just how much society and the medical community have underestimated the prevalence of eating disorders among males for so long.

40% of those with binge-eating disorder are male.

It is estimated, according to the National Centre for Eating Disorders, that in North America, there are more men with bulimia than women with anorexia. That’s a shocking fact. And yet, it is hardly ever mentioned.

The societal conversation about eating disorders rarely makes reference to the fact that this illness is blind to gender. Media reports, TV shows, films, debates all focus on females with the illness. (Credit where it is due, Netflix’s To the Bone did feature one male with the illness, although arguably a highly stereotyped character – he’s a ballet dancer). And that makes sense. It fits with our cultural understanding of the genders: women are the ones obsessed with appearance and dieting, women are more susceptble to mental illness, women are more likely to go to the GP and seek help etc. etc. But these cultural stereotypes show sexist and outdated ideas continue to influence our understanding of mental illness, to the detriment of both men and women. If we are to properly tackle the epidemic of eating disorders, regardless of gender, we need to cast aside these old stereotypes of body-conscious woman vs. macho man. 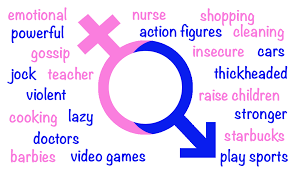 There is also something here about men and mental illness more generally. Nearly three times as many men committed suice in 2015 than women, a statistic which I believe reveals a lot about how men and women deal with mental illness. The old stereotype about men visiting their GP is sadly still true and very dangerous.

I am not denying that the majority of those suffering an eating disorder are still women, and I am certainly not belittling the suffering of any female with the illness. For the purpose of this article, I want to highlight the disparity between the perception and awareness of men and women with eating disorders.

The Danger of the Cloak of Invisibility

The fact that the conversation on eating disorders focuses almost exclusively on females alienates males to the prospect that they could even have an eating disorder. When I first began to seriously lose weight and restrict my eating, the last explanation I turned to was that I had an eating disorder. Eating disorders are just for women – or so I thought. It took an emergency hospital admission to convince me that I had that illness, and even longer to get over the embarrassment. Admittedly, the shame that I felt for having the disorder is common for anyone with an eating disorder. Furthermore, the nature of the disease is that it convinces you that you are not ill, that you are just taking back control of your life, therefore the fact that it took me so long to recognise the illness isn’t rare. However, that process of acceptance may have been easier, if not quicker, had I been more aware that men get eating disorders too, and that it is not something to be ashamed of.

Also, the debates over eating disorders too often focus solely on severe weight loss, possibly because that’s the easiest way for people to recgonise and understand the illness. But that ignores the fact that you can be any weight or size (or gender) to have an eating disorder. This is even more important when dicussing men with eating disorders.

Historically it has been women who have suffered the most intense body-image pressures. And these pressures surrounding the ideal body image often focus on thinness. Today, however, the pressure on men to have a perfect body is almost, if not as severe as that on women. And that image doesn’t necessarily revolve around thinness. In fact, some males feel an opposite pressure: to bulk up. Thinness in males can be a sign of lesser masculinity. We are in the Age of the Gym, where the v-shaped, chisseled body is the ideal for men. Not surprising then, that steroid use has tripled amongst young males in the past half a decade. 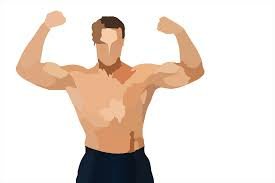 This is where our understanding of eating disorders needs to radically change. That guy you know who is obsessed with the gym, with bulking and toning up, with their ‘gains’, might just be susceptible to, or already in the throes of an eating disorder. That’s not to say that every gym lad has an eating disorder. But we need to start to address male body image and the pressures men face, and the fact that eating disorders are not just about starvation, but also purging. A purge doesn’t have to be vomitting: it can be excessive exercise. And if more and more men are feeling the pressure to approach this ideal (impossible for many) body type, then the susceptibility to eating disorders is going to rise.

Purging doesn’t have to be vomitting: it can be excessive exercise

I need to explain this better. I did not develop an eating disorder because of how I felt about my body, as I have stressed many times. Most people don’t. An eating disorder is a coping mechanism, an expression of underlying distress which finds a channel in the control of weight and shape and food. Living with low self-esteem, depression, anxiety, obsessive compulsions, deep personal distress, identity distress can all make someone feel the need to find ways to control themselves and the world around them, or to escape that world. Alcoholism, addiction, self-harm, eating disorders – they are all a result of this. And if the strict rules around body image become more prevalent, then that offers a way for people with these mental health issues to find an outlet for their need for control, and so begins the horrific spiral into a destructive eating disorder.

Many of the famous male names who have come out about eating disorders exemplify this: rugby players, footballers, music artists, models – they live in spheres where there is a heightened expectation of a certain body type for men. Their internal psychological difficulties are then more likely to manifest in an eating disorder.

As for those men receiving treatment for eating disorders, the female focus can have serious consequences. Firstly, one of the things which frustrated me most when I was in recovery was the fact that all the literature about eating disorders, including self-help materials, were all aimed at women. Female pronouns – she, her etc. – dominate; disccussions of body image purely base themselves on the female body (what did breast size mean to me?!); descriptions of the consequences of eating disorders are also often biased towards women (I wasn’t going to experience disruptions in my menstrual cycle, was I?). This female-centricity isolates and alienates men and can make them feel as though they are in some ways lesser: that they are wrong to be seeking treatment for an illness which is constantly reinforced as a female illness. This can make recovery a difficult choice. 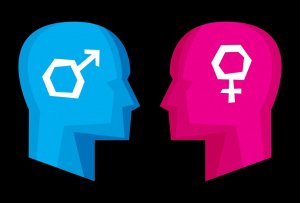 Furthermore, the issue becomes even more serious when treatment conditions are considered. The majority of eating disorder wards will only have 2 beds (if any) for males, often separate from the rest of the ward, therefore emphasising the isolation and alienation which this illness feeds off. For the majority of my 10 month hospital admission I was the only male on a 20 bed unit. I was lucky: I never felt the consequences very much and felt included in life on the ward. But I know from speaking to others that this experience can be isolating, lonely, and difficult. At times I did feel lonely: I was stuck down the end of a corridor and when the depression was at its worst, this physical isolation fed into the mental alienation and depression which the illness thrives on. It was easier for me to hide away, which is exactly what the illness wants.

Depression feeds off isolation and loneliness

Furthermore, the male body is different physically to women’s. And as a 6’3″ male, I couldn’t expect to go through the same bodily changes as the females on the ward. I found weight gain very slow in the beginning, partly, as my dieticians explained, because my male metabolism was different. And males tend to have higher weights at similar BMIs to women, and so I often felt huge compared to others, which definitely didn’t help.

Some eating disorder units don’t even accept male patients, which I find utterly incomprehensible and extremely disturbing. And the treatment available for people with bulimia is restricted by BMI and other criteria. If males suffer proportionately more from bulimia, then that means that even more men with eating disorders are neglected.

Men Get Eating Disorders Too

Men get eating disorders too. Men need help and treatment too. We need to start to break down the taboo around men and mental illness, especially eating disorders, and to better understand the relationship between these illnesses and men. Too many men are suffering in silence.

I am a male who was diagnosed with anorexia at the age of 20. At first I was ashamed and embarrassed. But I now realise that I had nothing to be ashamed about. I left it too late to ask for help, but when I did and I decided to try to recover, I got my life back. In fact, I got a better life.

I want you to know that it is ok to feel pain, but you do not need to feel shame and guilt – it is ok to ask for help. If you fear you may have an eating disorder or think you know a guy who might, it’s time to speak up and ge the help you need and deserve. I did. It was the hardest process I have ever experienced, but it was worth it.

If you or someone you know may be suffering with an eating disorder, here are some links to find out more information about the illness and treatment. Please don’t think you’re not ‘ill enough’: if you need help, ask for it…

For advice for men with eating disorders, visit https://mengetedstoo.co.uk

2 thoughts on “Men Get Eating Disorders Too: why the conversation about eating disorders has to be more inclusive”